When Donald Trump was in the White House, the corporate-controlled media had eyes and ears all over the globe to “interpret” his every move in the worst way possible.

But a leftist organization can get away with almost anything.

And the Fake News Media just forgot to tell you how the European Union is about to start WWIII.

Kaliningrad is a far-flung Russian province that is physically disconnected from the nation and sandwiched in between Poland and Lithuania to Russia’s west.

Unlike Alaska, which is surrounded by a vast wilderness few people are willing to brave, Kaliningrad is surrounded by these, and other, fairly populous nations which all happen to be members of NATO.

The province serves as an important access point to the Baltic Sea for Russia, and when Lithuania recently banned goods from traveling by rail between Kaliningrad and mainland Russia, it marked the beginning of a potentially explosive conflict.

Lithuania, which is already at odds with Russia’s biggest ally, China — claims the decision to break their treaty allowing cargo to travel through their country was made after consulting with the European Union.

The move is part of an international effort to bring down Russia for invading Ukraine.

It’s obviously a dangerous game to play, especially considering the fact that Russia has already issued dire warnings about this type of move in the past.

While CNN, NBC, CBS, ABC, and MSNBC are mostly ignoring the explosive showdown in Eastern Europe, the independent Epoch Times couldn’t help pointing out that Lithuania is basically a powder keg waiting to blow.

“This might be the biggest real world escalation between a member of NATO and Russia since the beginning of the Ukraine war,” Roman Balmako explained on Facts Matter. “And in fact, soon after this partial blockade was announced the Russian Foreign Ministry released an official statement, calling it a form of open hostility.”

With roughly half of all goods that travel between Russia and Kaliningrad sanctioned, panic buying has overwhelmed the country as its residents find themselves basically cut off from the rest of the world.

“The bigger issue is that this blockade is unfortunately moving us one step closer to a potential confrontation between NATO and Russia,” Balmako explained. “That’s because from the perspective of Moscow, this latest action is tantamount to laying economic siege to part of Russia’s sovereign territory and 1 million of its citizens.”

When the EU began flirting with a serious blockade back in April, the Kremlin threatened to
“break the blockade” with a Russian senator warning that if the EU wants “to go to the lengths of making us break this blockade to save the lives of our people who live there we can do this.”

If war breaks out in Lithuania, the United States will be quickly pulled into the conflict as a NATO nation and we’ll have two nuclear powers involved in a hot war — a situation that should obviously be avoided at all costs.

Unfortunately, all that Democrats and their allies in the corporate-controlled media can fixate on instead is whether the January 6 Commission can come up with anything nasty to say about former President Donald Trump.

Apparently, that’s way more important than focusing on whether we’re entering a conflict with two incredibly unstable leaders who just happen to have the power to nuke the planet. 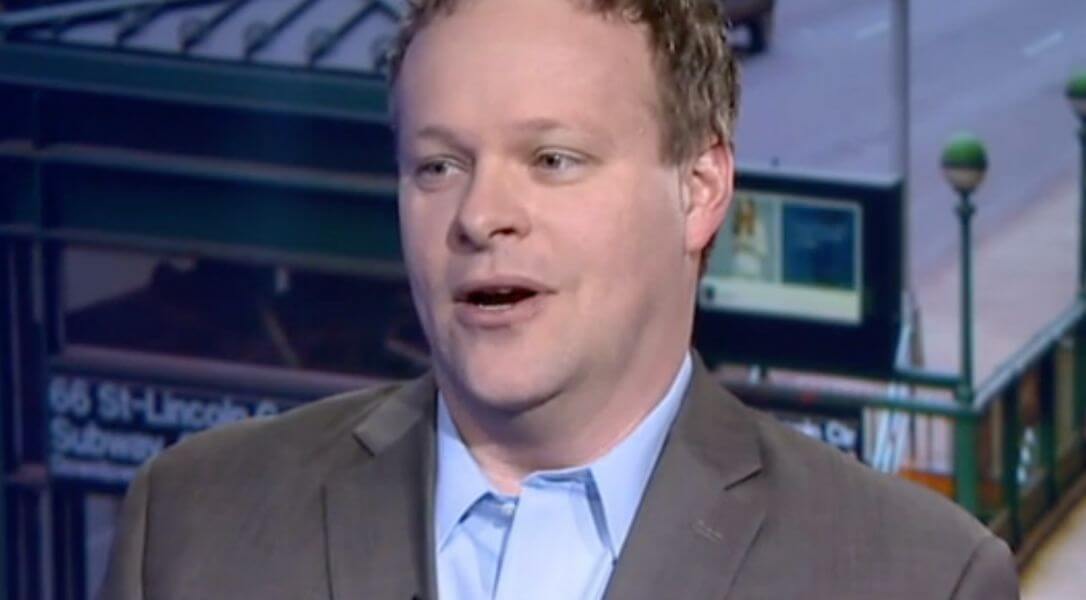 CNN’s viewership numbers continue to drop like a rock.

At this point the network’s executives are running out of ideas to save the failing company.

And now CNN is so desperate for ratings it’s considering a Hail Mary that’ll turn it into a true laughingstock.

CNN has been on life support for so long even its competitors are almost embarrassed by the network’s pathetic performance.

When CEO Chris Licht took over the troubled news network last year, he started with the obvious – try actually reporting the news rather than Democrat propaganda.

But as time has gone on, it’s been proven once and for all that the leftists at Ted Turner’s legacy network are completely incapable of being anything other than unhinged partisan Democrats.

That’s a reality that Licht is apparently coming to simply accept, despite all his talk about restoring the network’s legitimacy.

And that was proven recently when Licht shocked industry insiders and viewers alike when he chose to reward left-wing hack Jim Acosta with a full seven hours of airtime every weekend, rather than sending him packing.

Now, a CNN insider has told Fox News that Licht — who hasn’t managed to fill the prime-time slot since he stepped into the position — is actually entertaining the idea of hiring a late-night comedian to go up against other networks’ news shows.

A former industry executive, who spoke off the record, predicts that the latest scheme will be an unmitigated disaster.

“First, it’s guaranteed to be cringe-inducing and unfunny,” the source noted. “Second, how ridiculous will it look when they have to break away from a comedy show for breaking news?”

But Hall and Maher have since been eliminated based on additional sleuthing on the part of the network’s competitors.

Cringe-inducing moments aside, a CNN insider can already see the writing on the wall.

Whenever ratings are sinking, news business executives have an infinite amount of creativity that inevitably leads to risky experiments almost guaranteed to fail.

Then again, CNN has already been failing for so long it may have already hit rock bottom with the remaining viewers there merely to watch the spectacle.

And if that’s the case, a comedian may provide some overdue relief.

Brian Stelter was fired from CNN for being a partisan left-wing hack who was incapable of attracting an audience even remotely close in size to his peers.

But even when they fail miserably, left-wing hacks like Stelter always land on their feet.

And fired CNN hack Brian Stelter has a new gig that will make you pull out your hair.

And one panel discussion about online “misinformation” and “disinformation” was led by none other than former CNN hack Brian Stelter.

Prior to being fired, Stelter supposedly served as CNN’s “media watchdog,” but in reality, he was merely Democrats’ lapdog.

During Stelter’s WEF panel, The New York Times’ A.G. Sulzberger shockingly claimed that “disinformation” was the “most existential” problem of our time.

NYT’s Sulzberger: Disinformation is "the most existential" challenge we’re grappling with as a society #wef23 pic.twitter.com/2l55rIH7nU

That’s an amazing statement coming from a self-proclaimed “journalist” who works for the so-called “paper of record” that won a Pulitzer Prize for its bogus coverage of the Potemkin villages during the Soviet Union, and also reported that there were Weapons of Mass Destruction in Iraq that never actually existed.

Those with functioning brains would say those calamities were more “existential” than a random person who sits in their underwear and posts crackpot theories on social media.

“I noticed (after I was gone), much more ‘news’ coverage in the Times of Davos, quoting the attendees and speakers at those endless panels,” Abramson told Semafor. “Of course, the coverage was a sweetener to flatter the CEOs by seeing their names in The New York Times so that they would then speak at high-dollar New York Times’ conferences and — of course — get phony news stories from the conferences into the paper.”

She added that the World Economic Forum was a “corrupt circle jerk.”

Also on the panel sat Věra Jourová, the Vice President of the European Commission, who said that hate speech laws would soon be coming to America.

"Illegal hate speech, which you will have soon also in the U.S. I think that we have a strong reason why we have this in the criminal law." pic.twitter.com/iLR1MePTYT

European countries do not have a First Amendment, which dangerously opens up citizenry to tyranny at the hands of government.

For example, just a few years ago, a teenage girl in the U.K. was arrested for quoting rap lyrics in an Instagram tribute to a friend who had passed away that were deemed “offensive.”

She had to pay a fine, obey a curfew, and wear an ankle monitor for eight weeks.

That’s the insanity left-wing radicals are working to bring to the U.S.

Brian Stelter and these terrible censors at the World Economic Forum all deserve each other.

He has his hands all over American politics.

And now extremist billionaire George Soros stole a page from the mafia’s playbook with this scheme to buy journalists.

The biggest Democrat mega donor in the world, George Soros, has confessed that he has a “messiah complex,” and that he acts on it by attempting to control global politics.

Soros believes in a borderless society governed by a centralized one-world government that’s controlled by global elites, and he’s stated that his main obstacle is national sovereignty.

He has funded many far-left District Attorneys around the country who are more concerned with protecting criminals than victims.

And Soros also has his hand in the corporate-controlled media, as a study conducted by the Media Research Center showed 54 legacy media figures are associated with Soros-funded organizations.

MRC issued a report that noted Soros’s $32 billion in funding “has helped him establish ties with some of the biggest name media personalities in the United States and abroad which help indoctrinate millions with his views on a day-to-day basis.”

“MRC Business found at least 54 prominent media figures (e.g. reporters, anchors, columnists, editors, news executives and journalists) who are tied to Soros through their connections to organizations that he funds,” the report continued. “These include personalities like NBC Nightly News anchor Lester Holt and The Washington Post executive editor Sally Buzbee.”

A response to encroachment from globalist authoritarians, populist heads of state have popped up in various countries across Europe and South America.

One such President who has received incessant criticism from the international Left, and their legacy media allies, is Viktor Orbán of Hungary.

Self-proclaimed “journalist” Christiane Amanpour was one of the left-wing hacks deployed to knife Orbán.

According to MRC, Amanpour “is listed as a senior adviser at the Committee to Protect Journalists (CPJ), which received $2,750,000 from Soros between 2018 and 2020 alone. She aggressively criticized Soros’ critics as anti-Semites.”

During a 2018 interview with Hungarian Minister of Foreign Affairs and Trade Péter Szijjártó, Amanpour accused Orbán of racism and anti-Semitism.

“[Soros] would like to see Europe in a post-national, post-Christian phase — you know, their borders don’t count, their national identity is pushed backed, their migrants are being allowed at least 1 million a year,” Szijjártó responded. “Our vision is totally different.”

Those who oppose Soros’ radical agenda are smeared – even Fox News is skittish about criticizing Soros.

Former Speaker of the House Newt Gingrich (R-GA) was chastised for even invoking his name.

This is one of the weirdest exchanges I’ve ever seen on TV. @newtgingrich correctly points out that George Soros threw an unprecedented amount of money into DA races all over the country to elect radicals and Fox News basically told him to shut up. WTF? pic.twitter.com/IxwcLG2gOH

Left-wing radicals claim they want to get money out of politics.

If they mean it, they can start with George Soros.