Liberal reporters had no idea what to do.

For a year they tried to suppress any discussion about the origins of the coronavirus.

But now Jon Stewart’s admission about the coronavirus lab leak led to one shocking on air moment.

Colbert – as a liberal talk show host in good standing – dutifully repeated the story promoted by Dr. Fauci and others that the virus originated in nature.

When Stewart mocked anyone that could believe that story, a visibly flustered Colbert could only muster a joke about Stewart being a Trump supporting conspiracy theorist.

Stewart’s comments did not sit well with his former admirers in the corporate-controlled media who suddenly decided that celebrities could no longer be trusted as reliable sources of information.

In the mid ‘00s, Jon Stewart became the defining voice in liberal media.

Stewart single-handedly ended the CNN show Crossfire with one appearance where he told the hosts – one of whom was Tucker Carlson – that they were hurting America.

As host of the Daily Show, Stewart was the most trusted newsman for liberal Americans as his searing and sarcastic monologues skewering the Bush administration introduced the word “snark” into American political discourse.

Now Stewart is persona non grata because it was the Left he made fun of.

Disney fired a pro-Trump actress from Star Wars. You won’t believe what happened next 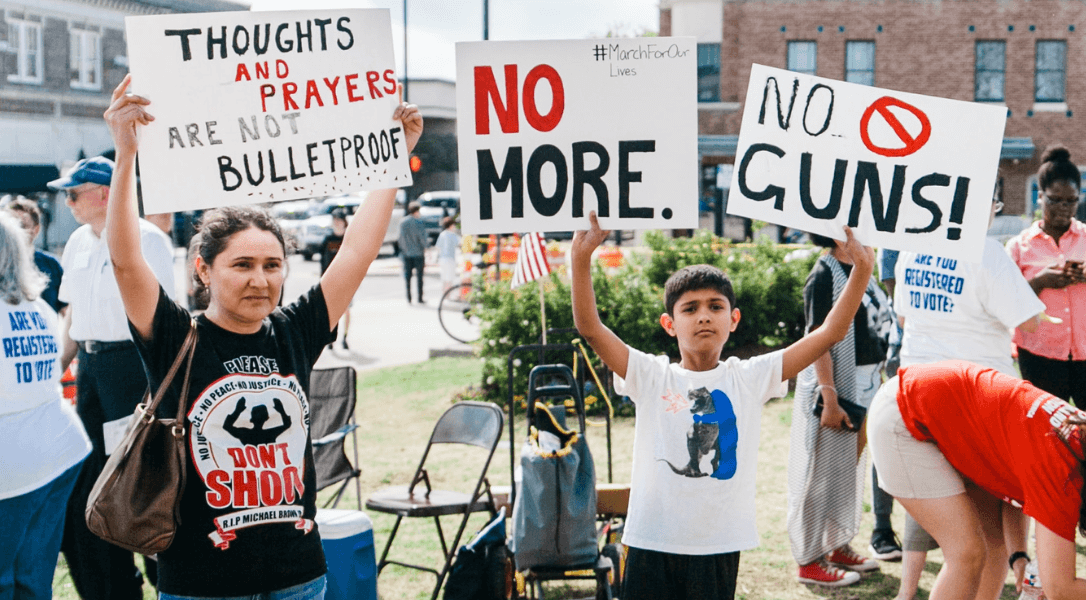 Democrats are currently in one of their gun control cycles.

They are always looking to restrict gun rights but their gun hostility comes in waves.

Not only do their “solutions” curtail gun rights, but they don’t even work.

That’s why Democrats need overwhelming propaganda to push their message.

After a horrific mass shooting in a predominantly Asian Los Angeles community, PBS interviewed gun control activist Gloria Pan of the radical left-wing group MomsRising, and she advocated for the usual anti-2A policies.

“We need comprehensive gun policy reform, but that’s not going to happen because we have a culture problem,” Pan told PBS host John Yang. “There is big resistance to any kind of reform. The fact that high-capacity magazines and assault weapons are in civilian circulation is a symptom of that problem, so I would have to see a ban on that. If we could accomplish that quickly, that would indicate that we were moving in the right direction to get the comprehensive reform that we need.”

Dishonest Democrats, like Pan, won’t come out and say they want to eliminate the Second Amendment, but that is the goal.

They know that position is completely untenable, so they constantly push for more useless gun control reforms.

Limits on magazine capacity are not only dangerous for people dealing with home intruders, but they don’t work because magazines can be modified to hold more rounds.

And “assault weapon” is a meaningless term used to issue arbitrary bans on guns and accessories.

“But how do you address the bigger issue of the gun culture,” Yang asked. “You mentioned that we’re in a gun culture is part of the problem?

“There is a culture that very much believes that everyone should have a gun – everyone should have a gun – and it doesn’t matter if you are trained – it doesn’t matter if you don’t store it right,” Pan replied. “And that culture is a problem, and that culture is part of the opposition to any kind of gun policy reform in Washington, D.C., so we need to start softening that culture so we can get a comprehensive reform that we need because, until we can change that culture, we’re not going to get it.”

“Gun culture” is not the problem.

High schools used to have gun clubs, and Switzerland has low firearm homicide rates despite virtually everyone owning a gun.

The problem is culture more broadly, which has been poisoned by radical left-wing “values” that undermine family and order.

Democrats don’t want to confront what leftist policies have done to the country, so they instead just blame guns and seek to punish law-abiding citizens.

Democrats are going all-in on censorship as a political strategy.

They know their ideas are radical and unpopular, so they have to silence dissent.

And Democrats are attempting to take out this conservative journalist with a truly disgusting smear campaign.

Democrats have been on a crusade to ensure that a repeat of the 2016 election never happens again.

Former President Donald Trump broke the Left’s stranglehold on the corporate-controlled press by using social media to spread his message.

In response, leftists have decided that online censorship is the only way to combat Trump and counter-narrative voices – because as far as Democrats are concerned, if Americans are left to their own devices, they might just end up agreeing with Republicans.

That’s why the popular Twitter account Libs of TikTok went from relative obscurity to 1.5 million followers in no time flat.

Libs of TikTok mainly posts videos of left-wing radicals spewing their radical ideology in their own words.

Perhaps no political strategy is as effective as holding up a mirror to the Left.

The so-called “mainstream” media has attempted to “cancel” Libs of TikTok on numerous occasions, and they’re up to it again.

This time, Libs of TikTok is being blamed for the horrific mass shooting at a gay nightclub in Colorado Springs.

Because many of the leftists featured on the account are LGBTQ+ activists, this somehow means that Libs of TikTok is responsible for the shooting.

At least, that was the argument that NBC reporter Ben Collins made on Peacock’s MTP NOW.

“I will say that the months-long campaign of targeting trans and gay rights events and supports and things like drag brunches, that has been a persistent narrative by the anti-LGBQ right in the last six months to the last year,” Collins said. “One of the main drivers of that hate is an account called Libs of TikTok.”

In the eyes of Democrats, it’s not the shooter’s fault – it’s Republican’s fault.

Leftists always use this dishonest tactic as a way to get people to keep quiet about their unapproved opinions.

“You said this, but we — I think we can’t emphasize this enough,” MPT NOW host Kristen Welker replied. “This was during a drag night.”

“And also hours before what they call an all-ages drag brunch which is probably the number one target of these anti-LGBTQ events recently,” Collins added. “For example, the Proud Boys will go and protest any drag brunch, any drag story hour, anything that a child might go to meet a drag queen, just to show them they’re human beings and people. They go there, and they read Dr. Seuss there. They read regular books, but it is read by a drag queen, and they have breakfast. It is not some hypersexual event, but that’s what it’s viewed as on the far right.”

Collins is either a useful idiot, or he’s complicit because that’s not what the architects of Drag Queen Story Hour (DQSH) say.

“The themes within drag pedagogy, applicable beyond the context of drag itself, move away from vocabulary lessons and the token inclusion of LGBT heroes to begin to engage deeper understandings of queer cultures and envision new modes of being together,” Keenan continued. “We emphasize that drag pedagogy resists didactic instruction and is not prescriptive. Instead, it artfully invites children into building communities that are more hospitable to queer knowledge and experience.”

The goal is to indoctrinate kids into “queer culture” and make them “hospitable to queer knowledge.”

No one cared about drag shows when they were just for adults, but as soon as kids became the target, the pushback arrived. 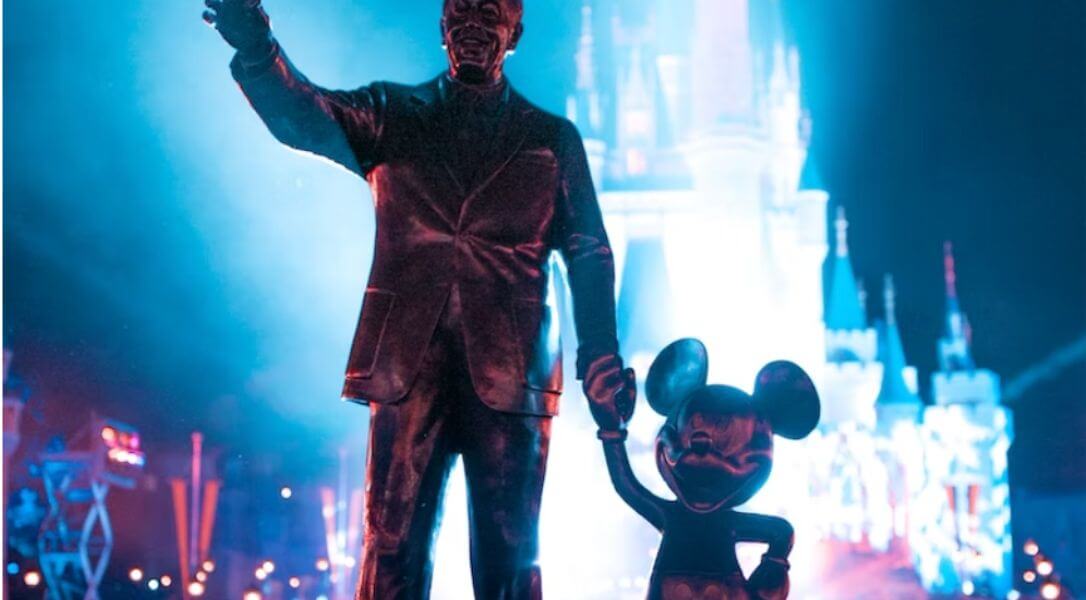 Disney is destroying its brand.

The company bent the knee to radical leftists long ago and the company’s reputation may never recover.

Now Disney just doubled down on “woke” propaganda with a shocking move no one saw coming.

In a shocking move, the Walt Disney Company has fired CEO Bob Chapek, and rehired his predecessor, Bob Iger, to lead the company once again.

As a company, Disney has had many missteps recently, and Chapek is apparently the man who will be taking the fall for those failures.

Chapek, who reportedly wanted Disney to be apolitical, was dragged into culture war fights by radical left-wing activists within the company, and wealth management behemoth BlackRock.

As possibly the most powerful company in the world, BlackRock has made it their mission to strong-arm companies into complying with ESG (environmental, social, and governance) guidelines.

However, adhering to “woke” ESG principles does not make for good business.

“Iger stepped aside as CEO in February 2020, handing the reins to Chapek, who previously led the company’s theme parks and consumer products division,” The Hollywood Reporter reported. “Iger continued to serve as executive chairman of the company, stepping down from that position just 11 months ago.

“[Chapek’s] tenure has also been rocky, marked with controversies and distractions,” the report continued. “From the aggressive campaign against Marvel star Scarlett Johansson that resulted in a settlement over pay for Black Widow, to Disney’s response (or lack thereof) to Florida’s so-called ‘Don’t Say Gay’ bill, Chapek has had to deal with a wide array of public misfires during his relatively brief tenure atop the company.”

Chapek initially wanted to stay out of the scrape over Florida Governor Ron DeSantis’s Parental Rights in Education bill, which was smeared by the Left as the “Don’t Say Gay” bill despite the word “gay” never appearing in the legislation’s text.

The law simply prevents government school employees from discussing sexual orientation and gender identity with students younger than fourth grade, which was such a reasonable piece of legislation, even a majority of Democrats supported it, as well.

Chapek did not trust his instincts and half-stepped into the controversy, which satisfied no one.

Iger, a long-time Democrat donor who previously floated the idea of running for President, is certainly more left-wing than Chapek, so don’t expect him to scale back the “woke” content.

After all, if Iger were to roll back the “woke” content, it would serve as an outright admission that Chapek’s apolitical impulse was correct, yet he was forced to be the fall guy nonetheless.

The writing was on the wall for the now former CEO when it was reported that Igor called turning over the company over to Chapek one of his “worst business decisions.”

If Bob Iger does double down on “woke,” Chapek’s tenure could end up looking like a success by comparison.