The bigshots over at CNN thought 2022 would be the year they could right the ship.

But they just got some bad news.

And Fox News’ bosses can’t stop gloating about what went down over at CNN.

With a big merger resulting in new ownership and former network president Jeff Zucker’s resignation earlier this year, many in the corporate-controlled media were clinging to a fantasy that CNN would resume its position as a cable news leader.

They thought the network would somehow pull off that feat by picking the man who helped launch MSNBC’s Morning Joe and CBS This Morning.

Chris Licht, who was working as a producer for The Late Show with Stephen Colbert prior to being hired as CNN’s new CEO, was tasked with restoring legitimacy to the network – because clearly what CNN needed to restore its credibility as a legitimate news network is the guy who helped create a massive train wreck over at MSNBC.

But in spite of his calls for reporters and hosts to stop acting like they’re on the payroll of the Democrat National Committee, CNN is chalking up 2022 as an abject failure.

Fox News absolutely dominated the corporate-controlled TV news industry yet again, ending the year number one among all cable news channels for the seventh year in a row.

And it’s no horse race.

While Fox News has been pulling in an average 1.5 million daily viewers, CNN just barely survived the year with 566,000 total daily viewers, the lowest ratings the network has ever recorded.

Even more critical, CNN averaged a pathetic 122,000 daily viewers in the key demographic of adults between the ages of 25 and 54 — a 35% loss compared to previous year.

In fact, Licht’s biggest contribution to CNN — and humanity — has been getting rid of deadweight at the network by firing hundreds of employees, including left-wing hack Brian Stelter.

“I hate to say it but when I look ahead, I see problems without end,” a CNN executive told The Financial Times.

Many at CNN, which filed for bankruptcy in April of 2021, believed that the merger of the network’s parent company, WarnerMedia, with Discovery would give the network the chance at the hard reset it desperately needs.

But since the merger was finalized, the new company’s stock has simply tanked, ending the year below $9 per share. 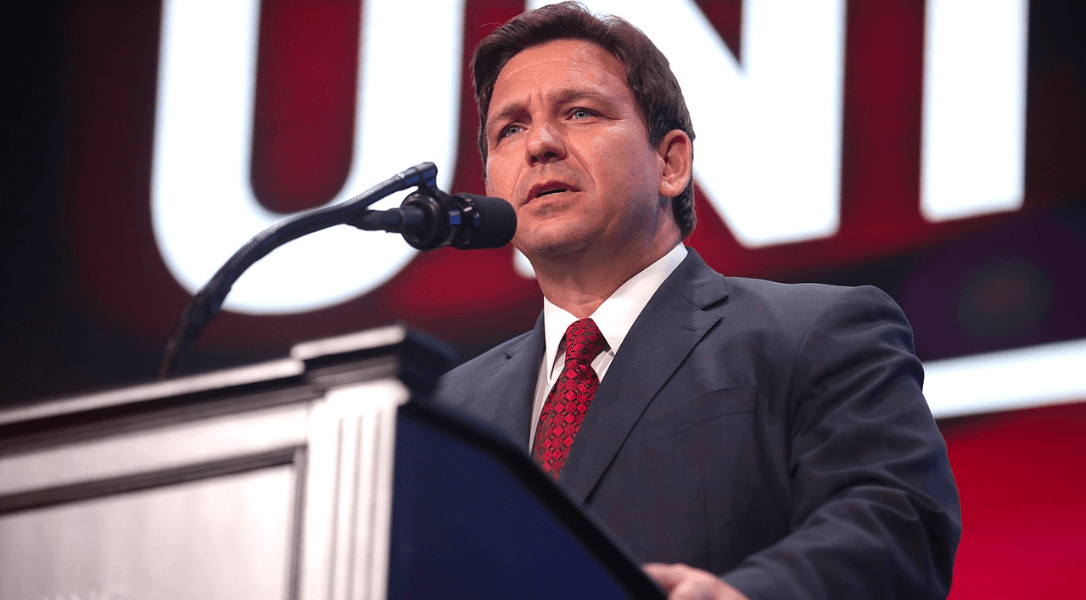 As far as Democrats are concerned, everything he does is the worst thing ever.

And The Daily Show invented an alternate reality in order to push this outrageous lie against Ron DeSantis.

As Comedy Central searches for a permanent replacement for Trevor Noah, The Daily Show is trying out temporary hosts.

Currently, comedian D.L. Hughley is hosting the show, and lobbing grenades at Republicans, as expected.

Hughley was a vocal critic of anyone who supported former President Donald Trump, but most specifically, the brunt of his ire went to the millions of black Trump supporters.

Now that Trump Derangement Syndrome is being transferred over to Ron DeSantis, Hughley is zeroing in on the Florida Governor.

Hughley brought on radical left-wing “scholar” Ibram X. Kendi, author of How to Be an Antiracist, to discuss the DeSantis administration blocking an Advanced Placement African American Studies course from being taught in Florida’s government schools.

The course was rife with neo-Marxist concepts that violated Florida’s Stop WOKE Act, which had to be removed before being administered in the state.

During the discussion, Hughley claimed that Governor DeSantis was somehow making it “illegal for us to learn about enslaved people.”

“The thing that is so frustrating for me is our stories tend to start in the middle,” Hughley said. “Like, we were something before this and it’s just, like, even what is going on in Florida, you don’t even want us to learn our history. Like, there was a time when enslaved people couldn’t learn, and now it is illegal for us to learn about enslaved people.”

This is, of course, a total lie, and simply proves education has been hijacked by the Left.

Democrats have tried to explain away CRT, first claiming it didn’t exist, before now making the argument that it’s simply the teaching of American history – but that is false.

CRT is Democrats’ Marxist indoctrination program, which pushes the insane – and quite frankly, racist – notion that any disparities whatsoever between racial groups is the result of the “systemic racism” the “oppressors” (aka white people) have forced on “the oppressed” (aka everyone else), and therefore, every American institution should be destroyed.

As is obvious to anyone with a functioning brain, that is a sociological theory, not American history.

There is no student in America who goes through the government-controlled K-12 school system without being taught about slavery – none, zero, nada.

And there is certainly no government school that would ever teach that slavery wasn’t the clear inhumane and despicable atrocity that it so obviously is, a common claim of Democrats..

Kendi argues that the only remedy for past discrimination is active discrimination in the present, meaning that the laws must not be color-blind – they must favor minorities, while punishing all white people.

Of course, this framework is blown up by Asians and descendants of the West Indies, who do significantly better both economically and scholastically than the overwhelming majority of white Americans.

But a pesky thing like reality certainly won’t stop left-wing radicals, like Kendi, from pushing their Marxist message. 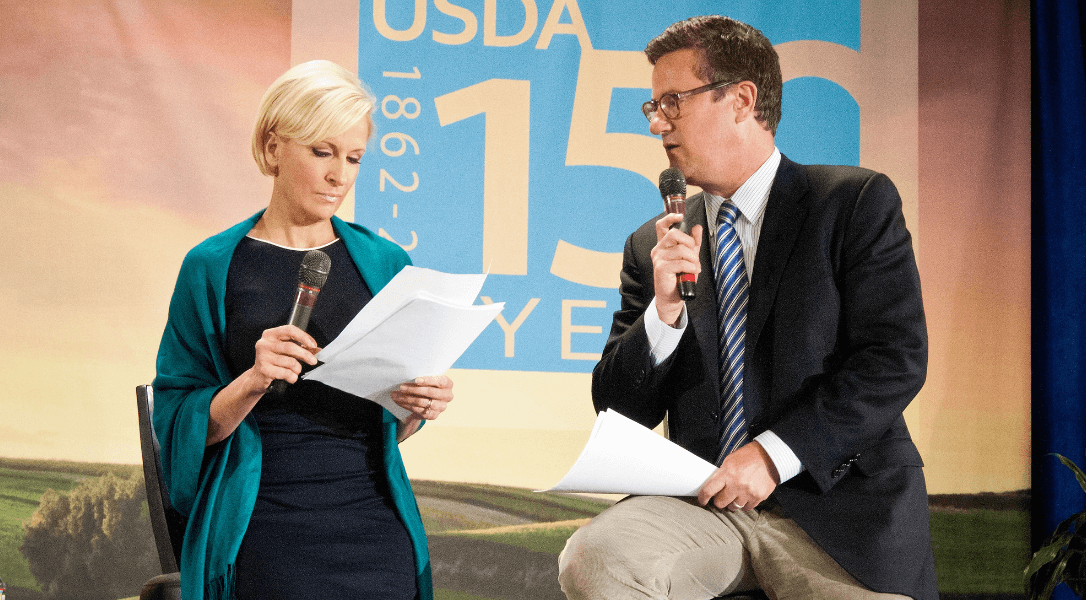 The corporate controlled media will spare no expense to direct a jab at Donald Trump.

MSNBC’s Morning Joe proved that recently by shipping Joe Scarborough all the way off to Poland.

And Morning Joe literally stood on the graves of 11 MILLION Holocaust victims to pull this insanely vile political stunt.

International Holocaust Remembrance Day was established in order to keep alive the memory of one of the world’s worst atrocities, and honor those who died at the hands of dictator Adolf Hitler and his massive array of henchmen.

In all, upwards of six million Jewish people – or possibly more – are estimated to have been killed by the Nazi regime, in addition to another five million more who identified with groups the deranged political party deemed “biologically inferior.”

Outside of the Jewish people, the Nazi’s targets included those of Roma or Sinti descent (also called Romany or sometimes the pejorative “Gypsies”), those with disabilities, those of Slavic descent (such as those from Poland and Russia), black people, Jehovah’s Witnesses, and homosexuals.

An inconceivable number of atrocities were committed by the Nazi regime at more than 40 concentration camps in the Auschwitz, Poland area.

But when MSNBC’s Joe Scarborough traveled to Poland, media watchdogs predicted that it wasn’t merely to honor the dead, but for an ulterior motive.

“You could see this coming from 4,500 miles away — the distance from the Morning Joe set in the U.S. to Auschwitz, in Poland,” Media Research Center’s Mark Finkelstein wrote.

“For two days now, Morning Joe has been exploiting Joe Scarborough’s trip to Auschwitz for International Holocaust Remembrance Day for craven political purposes: tying Donald Trump to the horrors of the Holocaust,” he added.

The media watchdog group had already predicted Scarborough would go there, and he fulfilled their worst expectations.

“You are reporting from outside the site of what was the Auschwitz concentration camp. . . to remember the terror, the torture, the lives lost there, but also how it all started,” Brzezinski said.

“History does provide an understanding of how such horrors began,” she continued, after noting that it is impossible to comprehend the evil of the Holocaust. “It began with a lie, and then more lies, and then, the Big Lie.”

Brzezinski took it from there, driving home the concept that it’s somehow okay to compare what happened under Nazi oppression to Republican complaints over the last Presidential election.

“I think John Bolton, talking about the danger that Trump poses to this country, is, is a step,” Brzezinski claimed. “Is a step a number of other top Republican leaders need to follow.”

“I mean, especially given the totality of what we’re looking at on this show today, what we’re remembering, where Joe is,” Brzezinski summed up. “You know, the Big Lie is a dangerous thing.”

The lengths Trump’s corporate-controlled media detractors will go to drum up push back against him is truly stunning.

And comparing Donald Trump — and by extension, the 74 million Americans who voted for him — to Nazi Germany is beyond the pale. 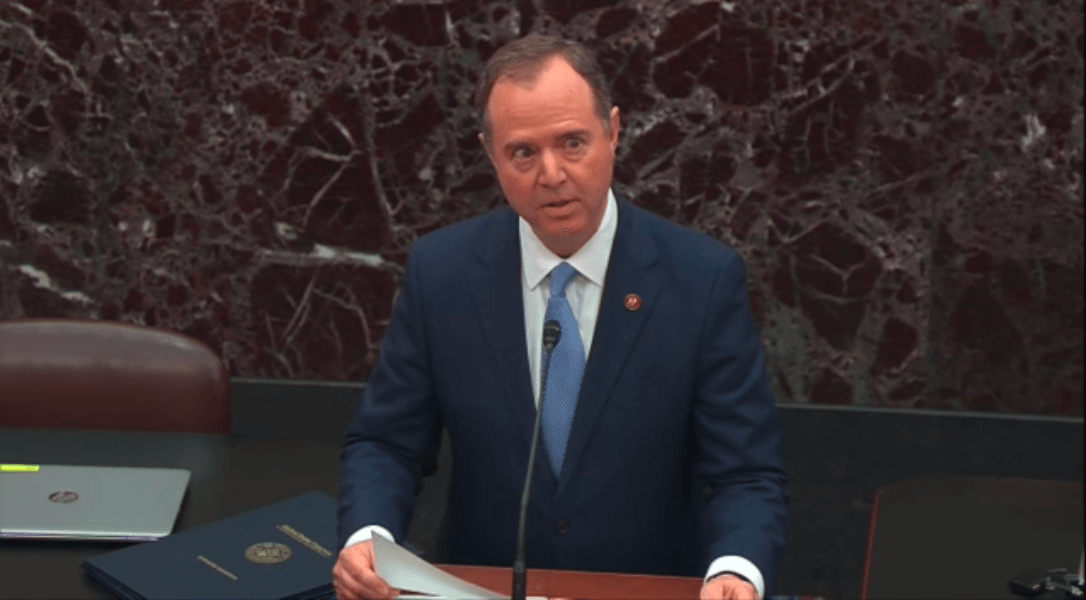 Republicans are back in control of the House of Representatives.

That means three bad-faith actors in the Democrat Party have been stripped of several committee assignments.

And Adam Schiff was caught totally off-guard after being asked the one question he never expected.

Former Speaker of the House Nancy Pelosi (D-CA) broke from tradition and unilaterally removed multiple Republicans from their committee assignments in the last Congress – typically, each party picks its own membership assignments.

In response to his predecessor’s actions, Speaker of the House Kevin McCarthy (R-CA) yanked Reps. Adam Schiff (D-CA), and Eric Swalwell (D-CA) from the House Intelligence Committee, and is looking to remove Rep. Ilhan Omar (D-MN) from the Foreign Affairs Committee with a full vote in the House.

And he did so for good reason, not just as retaliation.

Meanwhile, the Left has been determined to rehabilitate the three disgraced Congressmen.

They all appeared on CNN so host Dana Bash could toss them softball questions and attack Speaker McCarthy.

Bash gave them a chance to respond to McCarthy’s devastating takedown of the three, and Schiff still got tripped up.

“Ahead of the first Trump impeachment, you said the Committee had not spoken to a whistleblower,” Bash said to Schiff. “In fact, that turned out not to be true. You know, The Washington Post said so in their fact check.”

Schiff tried to weasel his way out of The Post’s fact-check by claiming that when he was asked if he had ever spoken with a supposed “whistleblower,” he simply thought he was being asked if he spoke to the “whistleblower” in-person.

“When I was asked the question, I thought they were referring to whether we had brought the whistleblower in, and I should’ve been more clear in my answer,” Schiff claimed.

Adam Schiff pressed by Dana Bash over his lies for pretty much the first time in countless CNN appearances over the past 7 years. As if on cue, chyron writer makes him a Republican. https://t.co/mf1oZPFBh8 pic.twitter.com/2y4g6P3iG1

That was one of Schiff’s many lies.

He repeatedly claimed to have “direct evidence” that proved former President Donald Trump “colluded” with Russia in the 2016 election, even though he has never been able to produce any such evidence because it doesn’t exist.

Schiff also claimed that he had seen so-called “intelligence” that suggested Hunter Biden’s “laptop from hell” was “Russian disinformation” with his own two eyes – that evidence also doesn’t exist.

“What Adam Schiff did, use his power as the Chairman and lie to the American public,” McCarthy said. “Even the Inspector General said it. When Devin Nunes put out a memo, he said it was false. When we had a laptop, he used it before an election to be politics and say it was false and said it was the Russians. When he knew different! When he knew the intel.”

Adam Schiff disgraced himself as Chairman of the House Intel Committee, and the lies are finally catching up with him.

Kevin McCarthy was completely justified in removing him.