CNN’s viewership numbers continue to drop like a rock.

At this point the network’s executives are running out of ideas to save the failing company.

And now CNN is so desperate for ratings it’s considering a Hail Mary that’ll turn it into a true laughingstock.

CNN has been on life support for so long even its competitors are almost embarrassed by the network’s pathetic performance.

When CEO Chris Licht took over the troubled news network last year, he started with the obvious – try actually reporting the news rather than Democrat propaganda.

But as time has gone on, it’s been proven once and for all that the leftists at Ted Turner’s legacy network are completely incapable of being anything other than unhinged partisan Democrats.

That’s a reality that Licht is apparently coming to simply accept, despite all his talk about restoring the network’s legitimacy.

And that was proven recently when Licht shocked industry insiders and viewers alike when he chose to reward left-wing hack Jim Acosta with a full seven hours of airtime every weekend, rather than sending him packing.

Now, a CNN insider has told Fox News that Licht — who hasn’t managed to fill the prime-time slot since he stepped into the position — is actually entertaining the idea of hiring a late-night comedian to go up against other networks’ news shows.

A former industry executive, who spoke off the record, predicts that the latest scheme will be an unmitigated disaster.

“First, it’s guaranteed to be cringe-inducing and unfunny,” the source noted. “Second, how ridiculous will it look when they have to break away from a comedy show for breaking news?”

But Hall and Maher have since been eliminated based on additional sleuthing on the part of the network’s competitors.

Cringe-inducing moments aside, a CNN insider can already see the writing on the wall.

Whenever ratings are sinking, news business executives have an infinite amount of creativity that inevitably leads to risky experiments almost guaranteed to fail.

Then again, CNN has already been failing for so long it may have already hit rock bottom with the remaining viewers there merely to watch the spectacle.

And if that’s the case, a comedian may provide some overdue relief.

Democrats and the corporate-controlled press are one in the same.

Left-wing politicians know the so-called “mainstream” media will always have their back.

And People Magazine’s latest puff piece hyping up Democrats’ next Alexandria Ocasio-Cortez is too insane to believe.

After Rep. Alexandria Ocasio-Cortez (D-NY) and the rest of Marxist “Squad” took office, the corporate-controlled press lauded them as celebrities.

The left-wing elitists were given fancy glamor spreads in the magazines, and even had documentaries made about them, as if their mere existence was a monumental Civil Rights advancement.

Now, there’s a new radical in town, and the legacy media can’t get enough.

Rep. Maxwell Frost (D-FL) became the youngest active Member of Congress after he was elected to office in November’s Midterms at the age of 25.

People Magazine wrote a piece entitled, “Gen Z Goes To Washington: Last year, he drove an Uber in Orlando. Now he’s in Congress – the fact of a new generation rising to power.”

The Left loves the idea of younger Americans becoming “leaders” – so long as they’ve been properly propagandized, that is.

For example, the anti-Second Amendment “March for Our Lives” was purportedly a student movement, but it was completely astro-turfed, as there was plenty of big money and major organizations behind it.

People Magazine accentuated Frost’s “coolness” by claiming that “He dances on TikTok, drums on Instagram and tweets as much about pop culture (Harry Styles, Yu-Gi-Oh!, The 1975) as policy in the language of his generation: ‘This Medicare for All Bill is high key bussin bruh.’”

People also undercut the pervasive left-wing message that America is a terrible country.

“Frost still smiles about another time he was stopped by Capitol security, back in December, and showed his member-elect ID,” the piece continued. “‘They said “How old are you?” And I went, “25.” And they were like “No!” They were so excited they started jumping with me, saying “Only in America! And he’s Black!”’

“Only in America” could someone like Frost be elected to Congress, while he and other Democrats continue claim such “success” is impossible due to “racism” and the like.

A 25-year-old self-described Afro-Cuban with zero political experience was elected to Congress, but somehow, Democrats continue to claim America is a den of “white supremacy.”

And not only has he been elected to Congress, but he’s also being put up as the second coming of Democrats’ lord and savior, Barack Obama.

The left-wing narrative does not make any sense, but that doesn’t stop opportunistic politicians from repeating it.

Much like Alexandria Ocasio-Cortez, the legacy media was charmed by the fact that Maxwell Frost struggled to find an apartment in Washington, D.C. because of his finances and credit.

But that won’t last long.

“Sandy from the Bronx” is doing quite well financially now. 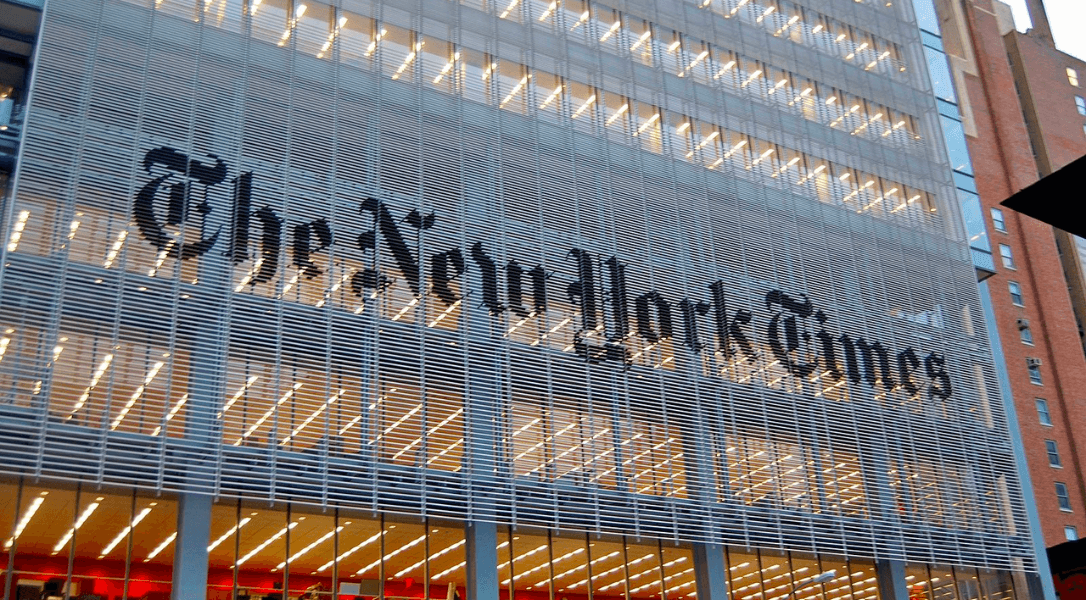 It took them 18 months of in-depth “research.”

And what they found was something nobody on the team wanted to admit.

But now a leftist think tank is finally slamming this shoddy work from The New York Times.

In part one of “the press versus the president,” the Columbia Journalism Review wades into the role The New York Times played in Democrats’ faux “Russian collusion” hoax targeting former President Donald Trump.

Baquet even went on to claim that The Times “covered that story better than anyone else.”

But after conducting a thorough analysis of the outlets’ reporting, Columbia Journalism Review writer Jeff Gerth came to the conclusion that the so-called “paper of record’s” coverage was so awful it’s taking a toll on the entire news industry.

“But outside of The Times’ own bubble, the damage to the credibility of The Times and its peers persists, three years on, and is likely to take on new energy as the nation faces yet another election season animated by antagonism toward the press,” Gerth wrote.

Coming from one of the most radical left-wing media watchdog groups in the United States, it’s no surprise he went on to take a few jabs at Trump.

“At its root was an undeclared war between an entrenched media, and a new kind of disruptive presidency, with its own hyperbolic version of the truth,” Gerth argued.

But it doesn’t diminish the shock of having one of Democrats’ most beloved left-wing media organizations take on not only The New York Times, but several of the biggest corporate-controlled news outlets in the country, who let themselves become entangled in an almost fanatical effort to find the smoking gun that would destroy the former President.

In conducting the research for this lengthy four-part series, Gerth interviewed a vast list of players, with independent journalists who split with their Big Media bosses playing a key role in explaining exactly what went down.

As former editor of The Atlantic turned independent journalist, Matt Taibbi – who Elon Musk tapped to lead the investigations into The Twitter Files – explained, any journalist who attempted to remain objective throughout the Trump Presidency faced massive repercussions.

“It was a career-changing moment for me,” Taibbi told Gerth in an interview. “The ‘more neutral approach’ to reporting ‘went completely out the window once Trump got elected. Saying anything publicly about the story that did not align with the narrative — the repercussions were huge for any of us that did not go there. That is crazy.’”

Thankfully, in the long run, actual, real journalists, like Taibbi, are being rewarded for their willingness to step away from the corporate-controlled media’s spin cycle.

On top of being entrusted with The Twitter Files, Taibbi has also seen Americans desperate for real journalism reward his efforts to expose the truth by flocking to his Substack – a Patreon-like platform for independent journalists – putting him in a far higher tax bracket than working for any corporate-controlled media outlet ever could.

And other major players in the media industry are starting to realize shoddy work and outright lying only serves to bring the entire world of traditional journalism to a halt. 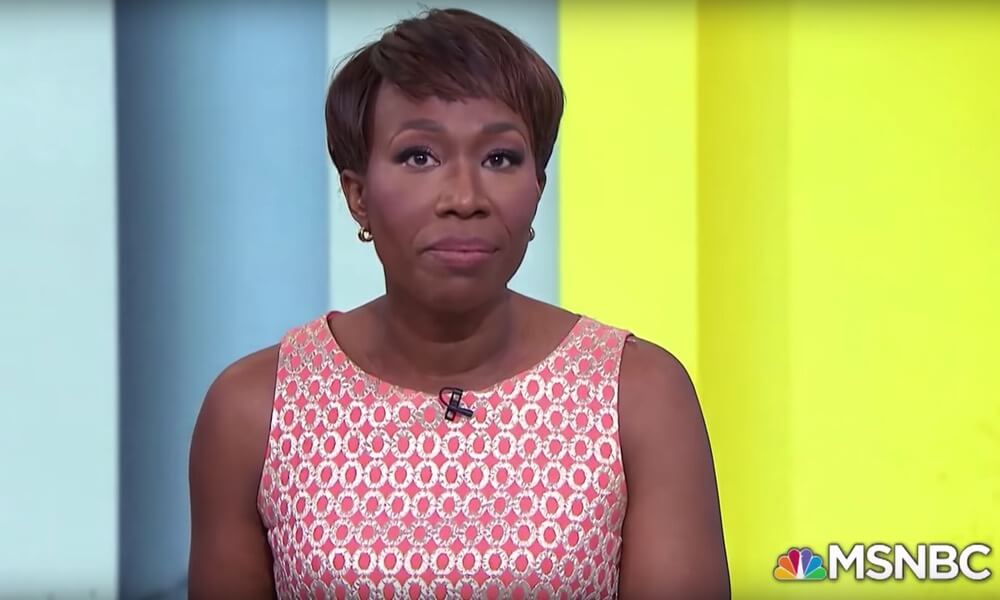 “DeSantis” has basically become a four letter word for Democrats.

The popular and effective Florida Governor is being bombarded with endless attacks from the Left.

And Joy Reid used these five words to unleash an insane attack on Ron DeSantis.

Since radical left-wing talking head Tiffany Cross was given her walking papers by MSNBC, Joy Reid has undoubtedly become the most delusional and unhinged host on MSNBC.

For example, even before Hurricane Ian made landfall in the Sunshine State last fall, Reid preemptively blamed any issues that arose from the storm on the Governor and his administration’s response.

Even after the storm hit, and DeSantis led what many have described as one of the most effective responses to a storm in state history, Reid compared the Governor to “segregationists” for warning looters that it was in their best interest to not attempt to take advantage of Floridians when they were at their most vulnerable.

Now, Reid is claiming that Governor DeSantis has turned Florida into “Disney World but in hell.”

“Not only is he banning books about history and any mention of the existence of gay people from Florida schools, he’s barring public high schools from teaching AP African American Studies,” Reid complained. “He’s taking aim at drag performances, even suggesting that he would urge the state’s child protective services to investigate parents who take their own kids to one.”

First, no books about history or that mention gay people are being banned in the state of Florida.

School boards, state legislators, and parents all play a role in which books go in government schools.

Obviously, not every book that’s ever been written is appropriate for an elementary school classroom or library.

And there’s a huge difference between saying six-year-olds probably shouldn’t be able to obtain graphic sexual content or other age-inappropriate materials from their school libraries, and outright banning books, as Democrats like Reid claim.

For instance, no rational human being is going to object to Adolf Hitler’s Mein Kampf being kept out of elementary and middle school libraries.

Graphic novels, such as one of Democrats’ favorites, Gender Queer: A Memoir, which literally depict graphic sex acts – in some cases between minors – do not belong in any government school. Period.

Also, for the thousandth time, Governor DeSantis did not ban mentioning gay people in government schools.

Reid is dishonestly referring to Florida’s Parental Rights in Education Act, which simply prohibited discussions about sex and gender identity in kindergarten through third grade classrooms.

And the DeSantis administration called on The College Board to revise the AP African American Studies course it was attempting to offer in the state, as it was nothing but a Trojan Horse for Democrats’ Marxist Critical Race Theory indoctrination program.

As for drag shows, presumably Reid would not be okay with any parent taking their toddlers to a strip club, which is essentially what drag shows are.

“He’s actively trying to ban COVID vaccine mandates and restricting mask rules while at the same time calling for probes into supposed wrongdoing linked to the vaccine,” Reid continued.

“And he’s doing all of this while making sure that anyone can walk around with a gun, no permit required. It’s a right-wing fantasy land — like Disney World but in hell. Come to Florida, the meanest place on earth.”

It’s amazing how Reid thinks that not forcing people to take a vaccine is a form of authoritarianism.

Joy Reid and Democrats are running out of lines of attack against Governor DeSantis.

But considering the fact that Ron DeSantis won re-election by 20 points, their propaganda doesn’t seem to be working too well.