Timing is the most important element in the news business.

But rather than meeting deadlines to serve its readers, The New York Times is accomplishing political goals.

And the news outlet just made a long overdue admission about Hunter Biden in the lamest way possible.

More than a year after it’s relevant, they’re finally letting some dirt on Hunter Biden slip.

Of course, even an admission Hunter was up to no good is convoluted.

They got down to brass tacks in paragraph 23.

The paper was rehashing Hunter Biden’s greatest hits, including an apparent intentional violation of the Foreign Agents Registration Act (FARA) when he was trading on his father’s name to land lucrative international business deals when the paper finally admitted to the existence of the laptop.

“People familiar with the investigation said prosecutors had examined emails between Mr. Biden, Mr. Archer and others about Burisma and other foreign business activity,” A team of three reporters wrote. “Those emails were obtained by The New York Times from a cache of files that appears to have come from a laptop abandoned by Mr. Biden in a Delaware repair shop. The email and others in the cache were authenticated by people familiar with them and with the investigation.”

Are the good folks over on Eighth Avenue suddenly feeling compelled to deliver actual news in an unprecedented fit of honesty?

Smart money is on the idea that they’ve decided Joe Biden is deadweight taking the Democrats’ entire party down.

The fastest way to ditch him in 2024 is to start building a case now with a paper trail they can rub in his face a couple of years from now.

Meanwhile, editors at the paper’s top rival, the New York Post, are furious about the news outlet’s obvious lack of integrity.

“In the heat of the presidential race of 2020, The Times never missed a chance to cast doubt on the laptop, saying the information was ‘purported’ and quoting a letter from former Democratic officials who claimed — with no evidence — that it was Russian disinformation. As recently as September 2021, The Times called the laptop ‘unsubstantiated’ in a news story,” The Post wrote. “Why was it unsubstantiated? Because of willful ignorance and The Times’ curious lack of curiosity.”

Of course, The New York Times never bothered to explain how they “authenticated” the laptop.

We can only assume they decided this is an authentically good time to run the story 16 months after the 2020 election. 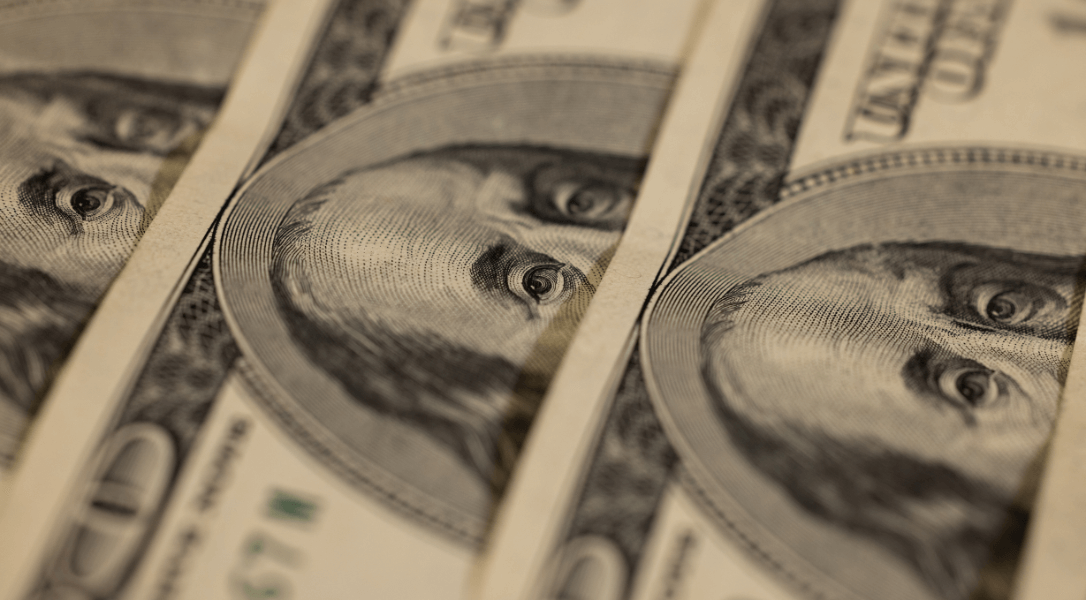 Democrats are spinning plates to explain away Joe Biden’s failures.

The lies have become more and more absurd as the narrative shifts in real time.

And The New York Times’ solution to America’s out-of-control debt will drive you insane.

Biden and other Democrats have repeatedly pushed the lie that government spending does not create inflation.

They can say the magic words all they want, but it does not change the facts.

In light of a Congressional fight over increasing the debt ceiling, the Left is attempting to downplay the problem of debt.

Left-wing Keynesian economists have bought into Modern Monetary Theory – the fairy tale notion that there are no consequences for government running up huge levels of debt.

The countless number of countries that have suffered from hyperinflation as a result of massive amounts of debt would beg to differ.

Just because America has not yet collapsed under the weight of $31 trillion in debt does not mean that bad fiscal policy has no consequences.

And The New York Times argues that the problem of debt can simply be fixed by raising taxes.

Binyamin Applebaum wrote in The Times that America “is borrowing too much but not because it is spending too much. The real crisis is the need to collect more money in taxes.”

This is always the refrain from Democrats.

First, increasing taxes does not guarantee increased tax revenue because when taxes get too high, industry and innovation are tamped down, and GDP suffers.

For example, when former President Donald Trump cut corporate taxes from 35% to 21%, the economy exploded and many corporations that had left the country chose to repatriate.

Times economist Paul Krugman was forced to eat crow after he claimed that the days of 3% economic growth were long gone.

“Americans don’t want large spending cuts,” Applebaum claimed. “The vast majority of federal spending is supported by most Americans. About 63 cents of every federal dollar goes to mandatory programs, the largest of which, Social Security and Medicare, are wildly popular.”

This is partially true – Americans want spending cuts, but they are unwilling to cut specific programs because they have been propagandized into believing that society would collapse without them.

For instance, Social Security is insolvent.

Few are willing to eliminate, or even reform, Social Security because they don’t realize how much money they’re losing by not being in control of their own money. 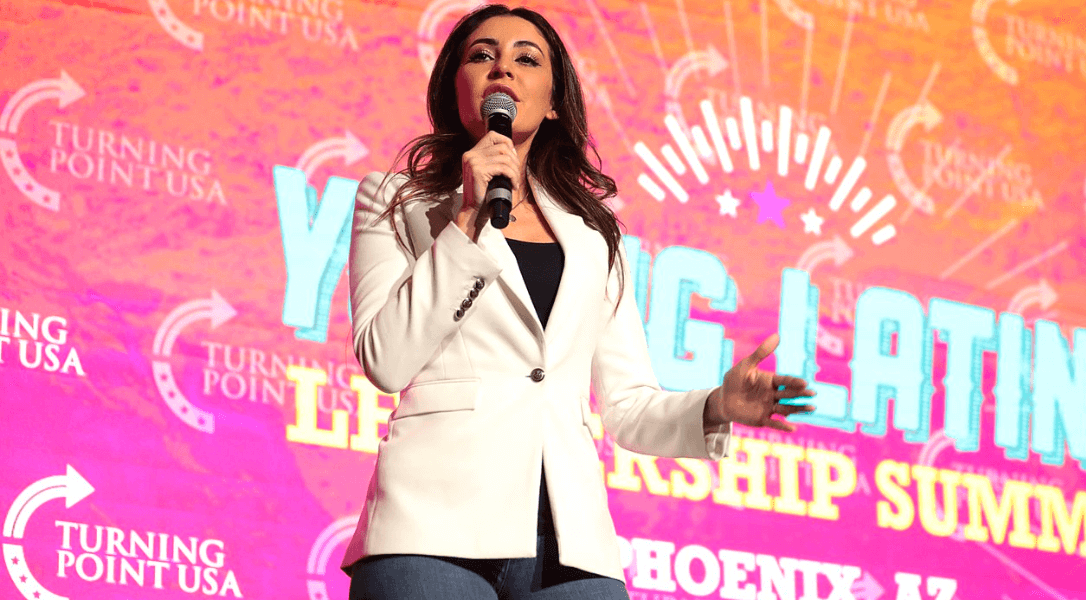 Democrats love to pretend they’re rooting for the underdog.

But they just proved they’re really in love with criminals.

And these self-proclaimed “journalists’” racist attacks on this Texas Congresswoman will leave you absolutely floored.

The first woman born in Mexico has been elected as a United States Congresswoman.

That sounds like something the Left would cheer for.

But Rep. Mayra Flores (R-TX) has the corporate-controlled media tied in knots.

Rep. Flores is part of a new wave of Hispanics switching parties as it becomes increasingly obvious that Democrats have completely lost sight of anything resembling traditional American values.

While Democrats are obsessed with pushing their weird sexually confused agenda and grooming children, an increasing number of Americans are distancing themselves from what is an obviously morally bankrupt political movement.

That ethical choice is earning them all kinds of ire from the Left.

Minority politicians are finding themselves under especially vicious attacks as the Left takes their unwavering support — no matter how illogical — for granted.

Now, Rep. Flores is fighting back after The New York Times took a swipe at her, claiming the Congresswoman is a dangerous “right-wing extremist.”

Rep. Flores’ sins include her “right-wing views on immigration, the 2020 election, and abortion.”

The fact that Flores is married to a Border Patrol Agent and believes that illegal aliens should be entering the United States legally has leftists coming unglued.

Rep. Flores responded to The New York Times hit piece by pointing out their deeply racist attitude toward anyone who opposes their radical agenda.

“I was born in Burgos, Tamaulipas, Mexico, and raised with strong Conservative values to always put God and Family first,” Flores told Fox News. “I have received only hate from the liberal media and constantly [been] told by the left to go back to Mexico. They don’t support us immigrants, they only use us for political power and don’t care about our well-being.”

“I am here now and I won’t allow them to continue taking advantage of my people,” she continued. “The NYT knows nothing about me or our culture.”

The Left has been lecturing Republicans on embracing “diversity” for decades.

But it turns out they are the most intolerant group of people on Earth.

And The New York Times is proving itself to be an organization filled with racists, who are all for criminals crossing the border unchecked, but they can’t stand honest citizens standing up for their families and communities. 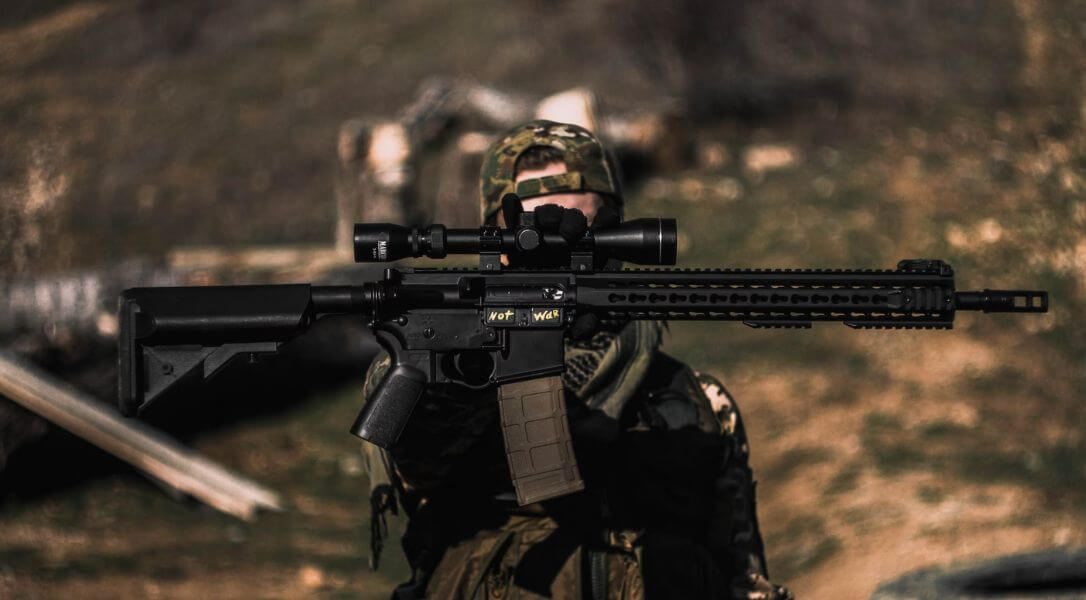 Some have even gone so far as to claim that it should be abolished.

And The New York Times made total fools of themselves with this “toxic gun control” hatchet job.

Democrats have been out to destroy Americans’ Second Amendment rights for decades.

As always, Democrats have seized on recent shootings to chip away at the Second Amendment.

Many left-wing publications have argued for one form of gun control or another, including outright abolishing the Second Amendment.

One of those gun-grabbing institutions is, of course, The New York Times.

The AR-15 has become a talisman for some right-wing politicians and voters. “That’s a particularly disturbing trend at a time when violent political rhetoric and actual political violence in the United States are rising,” writes the editorial board. https://t.co/xLqthLEkSA

“The New York Times appeared to have inadvertently used the wrong photo while referring to AR-15s, as many Twitter users pointed out over the weekend,” Fox News reported. “The paper’s editorial board published an op-ed on Saturday titled ‘America’s Toxic Gun Culture,’ claiming that the prevalence of AR-15s among ‘right-wing’ figures is causing a rise in political violence.”

“However, as many social media users pointed out, the photo used in the article showed rows of shotgun shells, ammo that would not be used in AR-15s which are typically chambered in .223 and/or 5.56,” the report continued.

The photo underscores a huge problem with gun-grabbing Democrats – they don’t actually know anything about firearms.

But of course, as far as the radical Left is concerned, that ignorance is somehow a badge of honor.

“The AR-15 has also become a potent talisman for right-wing politicians and many of their voters,” The New York Times wrote. “That’s a particularly disturbing trend at a time when violent political rhetoric and actual political violence in the United States are rising.”

The AR-15 has been a popular rifle for decades, but that has nothing to do with the gun being a “talisman.”

Not long ago, The New York Times called for the end of gun rights in America as we know it.

“The truth that no one wants to tell — the one that opponents of gun safety laws understand and the reason so many of them resist new laws — is that no one law or single package of laws will be enough to solve America’s gun violence problem,” New York Times columnist Charles Blow wrote. “The solution will have to be a nonstop parade of laws, with new ones passed as they are deemed necessary, ad infinitum.”

Blow wants to add laws “ad infinitum” until the Second Amendment is obsolete.

That is the Democrat position, but not many are honest enough to come out and say it.